How the Vegas Experience has Changed Over the Years 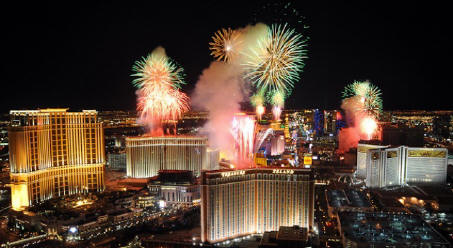 Think you know Las Vegas? The Sin City experience has evolved over the years and a lot has changed. Here’s what you need to know!

You can certainly say that a lot has changed since Vegas’ early days as a dusty stopover for travelers heading West across the scorching Southwest. This largest city in Nevada has evolved into much more than a destination for those seeking a cheap room, plenty of whisky, and card games aplenty. Las Vegas has reinvented itself, transcending the apt description of a “one-horse town for gamblers” and enjoying a renaissance of sorts over the past several decades. Las Vegas is now an international travel mecca for visitors who value excitement, refined amenities, and a wide array of entertainment possibilities.

Whether you’re looking for a relaxed, under-the-radar type of vacation or a wolf pack-worthy trip that would rival anything imagined by a Hollywood director, you’ll find it in Vegas. Here are some of the major changes seen in Vegas over the years:

50,000 people a day travel through McCarran Airport, shuttling about half of the 38 million annual visitors to the heart of Las Vegas. These travelers generally opt to stay in a resort on or near the Strip, so these mega-hotels now cater to those seeking a comfortable, relaxing, and decadent home-away-from-home versus those simply wanting a “cheap room.” Visitors spend an average of $95 per night, but many are now looking at off-Strip options that deliver a more personalized experience, in a serene location with a greater array of amenities than ever thought possible.

Vegas was once known for the 99-cent shrimp cocktail, but today it flaunts a vibrant, eclectic, and alluring culinary scene that rivals the food offerings of the world’s largest cities. From some of the most elegant dining options in the heart of the Strip to quirky spots like The Perch in Downtown Container Park, to family-friendly options like Hash House a Go Go or tropical fare at 17-degree South Booze & Bites, there is truly something for everyone.  You’ll still find the one-dollar shrimp cocktail (visitors to Vegas eat more than 30 tons of shrimp per day!), but you can also find a $5,000 burger, the world’s most expensive sundae (the Golden Opulence at Caesar’s – $1,000), and a $40,000 bottle of cognac at the Monte Carlo Hotel that dates back to 1777. Vegas’ culinary scene is undeniably appealing.

Even in what was once considered Vegas’ heyday, the entertainment options were limited. You had the average song-and-dance shows, Vegas Showgirls and their well-rehearsed nightly routines, the transient headliners, and the odd magic show. But it wasn’t until the latter part of the 20th century when Vegas became a real draw for big name acts, wildly popular resident singers and entertainers, and international shows like Cirque du Soleil. Today’s visitor has an endless choice of shows, concerts, parties, and entertainment venues to choose from, drawing some of the world’s biggest names to stages, arenas, and theaters throughout Vegas’ city limits.

Vegas is no longer a sleepy, desert town. While it still has a reputation for being a city that “knows how to have a good time,” the landscape has shifted from bawdy casinos and smoky bars to elegant resorts and alluring entertainment options. The good news? You can visit Las Vegas today and find exactly what you’re looking for – Las Vegas is bigger, better, and more exciting than ever.