What Will Las Vegas Look Like in the Future 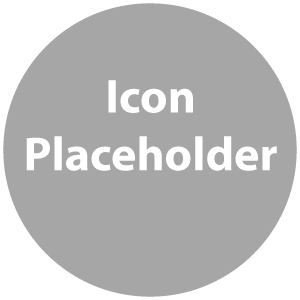 While its roots may be planted in gaming and entertainment, Vegas is expanding, creating a bright future for the city, its residents, and the tourists that travel from all over the world to enjoy it. More job opportunities with the continuous growth of the medical and tech fields are resulting in new residential construction and improvements in the public school systems. City planners are making sure to keep downtown Vegas fun, fresh, and convenient with new vertical expansions on the northern end of the strip and long-term plans to replace vehicular traffic with pedestrian-friendly monorails. The city’s plans to grow are conjuring up a collective excitement surrounding the future of Las Vegas, the entertainment capital.

Within the next decade, Las Vegas has plans to…

Las Vegas’s efforts to acquire professional sports teams have been extremely successful. 2017 saw the establishment of the Las Vegas Golden Knights Ice Hockey team belonging to the National Hockey League, while 2020 will see the movement of the Raiders from Oakland to Vegas. The city is set to establish a Women’s National Basketball Association team in 2018, along with the Las Vegas Lights FC minor league soccer team. The additions of these professional sports teams will attract fans to the city to help with Las Vegas growth, with the brand new football stadium alone projected to add 1 percent to Vegas’s tourism volume, according to the Las Vegas Sun.

Among the enhancements that Vegas plans to carry out in the near future is a Medical District complete with state-of-the-art facilities, research centers, and schools. The medical field, along with technology, is one of the two fastest growing industries in the city. The city has invested millions of dollars into the development of the Medical District since 2013. However, according to the Las Vegas Review Journal, the city plans to funnel nearly $100 million more in planned investment in the Medical District beyond 2018, catalyzing Las Vegas growth. Within the next decade, the Las Vegas Medical District is expected to flourish, creating jobs and a collaborative medical community.

Build upon the north end of the Strip.

Known as the less active of the two sides, the northern end of the Strip will be seeing some major enhancements in the near future of Las Vegas. Vertical construction of Resorts World, expansion of the Convention Center, and a domed stadium for the Raiders will help to balance out the northern and southern ends of the Strip. An influx of traffic to the northern end will also result in an enhanced transportation system throughout the downtown area.

Vegas is often ridiculed for its vehicular congestion both on the Strip and on freeways feeding in and out of the city. Several major projects plan to add lanes to existing freeways, add an HOV flyover bridge from Interstate 95 to Interstate 15, and improve the efficiency of freeway on ramps and off ramps. In addition to smoother flowing traffic on surrounding freeways, the next decade will also see a pedestrian-friendly Strip. According to Las Vegas Review Journal, the Strip will eventually transform into a vehicle-free pedestrian mall complete with elevated monorails to easily transport people from one side to the other.

Nevada education officials are valiantly pushing for a new student funding formula that will more efficiently allocate resources to students based on need. Another priority taking precedence is the reorganization of the Clark County School District, which gives more power to parents and principals. The combined efforts of the new student funding formula and the district reorganization will result in a more appropriate distribution of funding and a more specific budgeting plan based on the needs of each school. Allowing parents and principals to step into enhanced decision-making roles will mean more local involvement in the Las Vegas public education and the future of Las Vegas schools.

Following the growth of the medical and tech industries in Vegas is a thriving housing market. As companies expand, job openings attract new Vegas residents. A healthy balance of supply and demand is being observed in the city, as well as a median housing cost proportionate to the median income. This means that most working residents can comfortably afford housing. With tourism set to remain on track and new industries predicted to boom, the future of the Las Vegas housing market looks bright!

These city developments have one thing in common: they will all help to make Las Vegas an even better place to visit and live. Growth in new industries and well-funded public school systems will result in a more educated workforce and more job openings. Seamless transportation in and out of the city, professional sports teams, and new, exciting downtown projects will draw even more visitors, maintaining Las Vegas’s status as the entertainment capital of the world!