What We Know So Far – Vegas’ First Hockey Team

The people have spoken and the league has delivered. Las Vegas is now home to a National Hockey League team. Yes, the NHL is coming to the Sin City.

As of July 7th, the soon-to-not-be nameless Las Vegas NHL team had officially secured its 15,000 NHL season ticket holder. The league’s governing body unanimously approved the sin city expansion, making it the 31st franchise in the league, one squad less than what the NFL fields.

And while we don’t know the name just yet, below is a list of things we do know.

The Owner Just Might Be the NHL’s Most Interesting Man

The NHL is the first top-tier professional sports league to gamble on the desert city, though many think it’s no gamble at all. Included in that camp is none other than Bill Foley, West Point graduate and reclusive mortgage financier turned winery tycoon. Foley bet a large portion of his farm (or shall we say vineyard?) on the success of the new franchise. His wager? A cool $500 million. The team is owned by Black Night Sports & Entertainment, which is led by Foley and named after the Army Black Nights.

Since 1997, Vegas has hosted Frozen Fury, a pre-season matchup between two rival squads: the LA Kings and the Colorado Avalanche. The event is held at the MGM Grand Garden Arena. The NHL Awards ceremonies are also held in the City of Sin. And back in 1991, an outdoor exhibition game was held between the Kings and the Rangers of New York.

On June 22, 2016, the AP reported that Vegas had indeed won an expansion bid. During a press conference later on that day, NHL commissioner Gary Bettman announced that the franchise had been awarded to the Las Vegas, beating out Canadian hopeful Quebec City. The Vegas team, with no current players and no designation, will take the ice in the 2017–18 NHL season. Its originally proposed name, the Las Vegas Black Nights, has been thrown out. The team will play at the T-Mobile Arena and compete in the NHL’s Pacific Division.

The Expansion Draft Will Be Exciting

How does an expansion draft work? Few remember the last one, which occurred before the Columbus Blue Jackets and Minnesota Wild began play in the 2000-01 season.

In the 2017 expansion draft, the Vegas franchise is required to select a player from each NHL team. At least 20 of those selected will be under contract for the upcoming season. The franchise also must adhere to position requirements; it must choose at least fourteen forwards, 9 defensemen, and 3 goalies. In the 2017 NHL draft lottery, the team will enjoy the same odds as the team with the third-lowest point total in the previous season, which guarantees a pick no lower than sixth in the draft’s first round. Vegas picks third in each round from there. Not bad for a newcomer.

For more info on the draft, visit ESPN.

It Couldn’t Come at a Better Time

2017 marks the 100th anniversary of the NHL. Whether it’s coincidence or not remains a mystery but thing’s for sure: the NHL—and Vegas—will never be the same. As the sport continues to gain in popularity, the team should have no problem filling the seats at T-Mobile Arena.

Keep your eyes in the news come September, as the team has promised to unveil its name, logo, colors, and uniforms. Plenty of names have been thrown around already.

See you in Vegas, hockey fans. 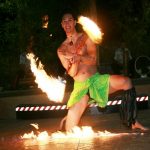