Meet up and coming country stars this Friday at Tahiti Village! 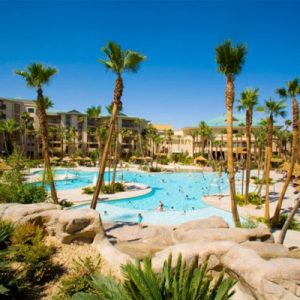 We’re partnering with Stoney’s Rockin’ Country for a meet and greet at Tahiti Village with some of today’s hottest young country stars! Join us this Friday, March 31, in the main lobby facing Las Vegas Boulevard. The following artists are scheduled to appear at these times:

Don’t miss this chance to mingle and pose for photos with the next generation of great country artists! Owners and guests can take complimentary photos with the artists and enter their name in a raffle for tickets to the Academy of Country Music’s Party for a Cause on Saturday, April 1 at Stoney’s Rockin’ Country in Town Square.

In addition to Party for a Cause tickets, you can also win selected Las Vegas show tickets, Stoney’s gear, and admission to Stoney’s.

Party for a Cause shows begin at 11 a.m. and 7 p.m. and will include the above artists doing what they do best. They and a star-studded array of country stars are in town for the 52nd annual Academy of Country Music Awards on April 2 at T-Mobile Arena.