Tahiti Village now has two drinks to call our own! 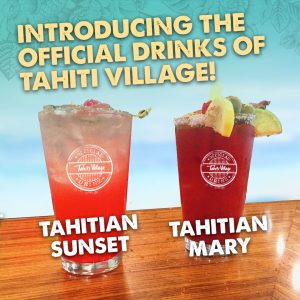 A delicious new drink made from a secret Bacardi recipe and an old favorite reimagined by our bar staff have become the official drinks of Tahiti Village, Las Vegas’ favorite tropical resort. Just in time for your summer imbibing pleasure, we are pleased to introduce the subtly sweet Tahitian Sunset and the zingy zesty Tahitian Mary.

Our partnership with Bacardi has resulted in a drink that captures the tropical essence of Tahiti Village. When you order the Tahitian Sunset, you’re essentially getting Tahiti Village in a glass. Featuring refreshing Bacardi Lime rum and a mix of proprietary ingredients, the Tahitian Sunset is the perfect drink to enjoy by the pool, at the lazy river, on your balcony – or anywhere!

Five years in the making and overflowing with 10 delectable ingredients, the Tahitian Mary – our over-the-top take on the popular Bloody Mary – is more than a match for any Vegas hangover. Garnished with jalapeño peppers pickled in-house and flavored with homemade Bloody Mary mix, the Tahitian Mary will have you feeling like your old self in no time.

The brainchild of our intrepid bar staff at 17˚ South Booze & Bites, the Tahitian Mary is the T-Rex of its species. In addition to the aforementioned jalapeños, it contains house vodka, green olives, lime and lemon wedges, bread and butter pickles, a celery stick, tajin and – as a telling testament to its exquisite excess – bacon! How we manage to get it all in the stylishly salted glass is beyond us.

With its ample spice notes, the Tahitian Mary isn’t a cocktail you would necessarily expect to find at tropical Tahiti Village. All we know is this: you’ll be happy you did!

Be sure to try the Tahitian Sunset or the Tahitian Mary on your next visit to Tahiti Village. Or better yet, both! 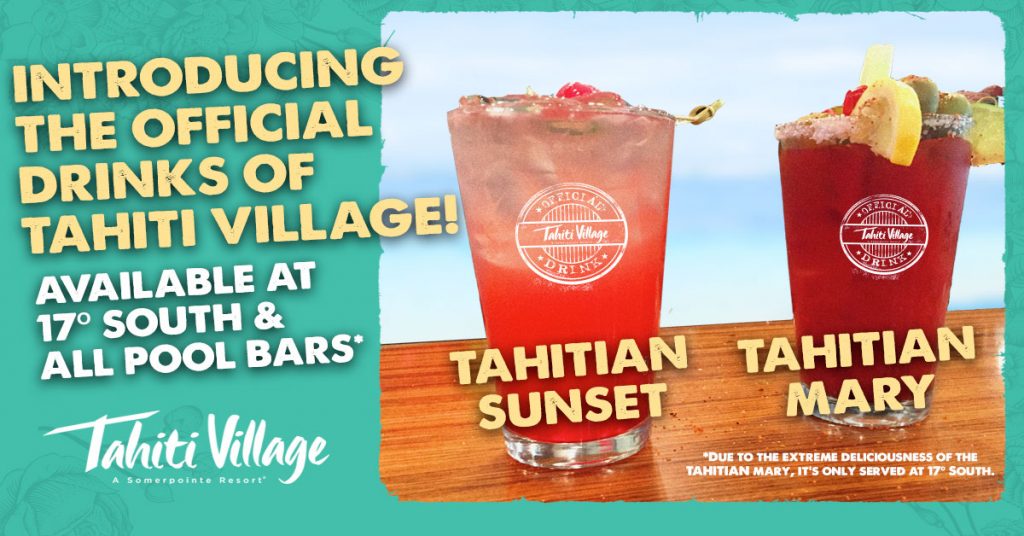