Tahiti Village is hosting shooting survivors Todd Wienke and Oshia Collins-Waters for their wedding reception on the 1 October anniversary.

Frequent Tahiti Village guests Todd Wienke and Oshia Collins-Waters are getting married in Las Vegas on the one-year anniversary of the 1 October tragedy and holding their reception at our resort.

“We are turning the memory of this day from a negative to a positive in the hopes that all survivors do the same,” said Todd, who was shot three times. “Together we will heal with each other’s help and prove that love will always prevail.” 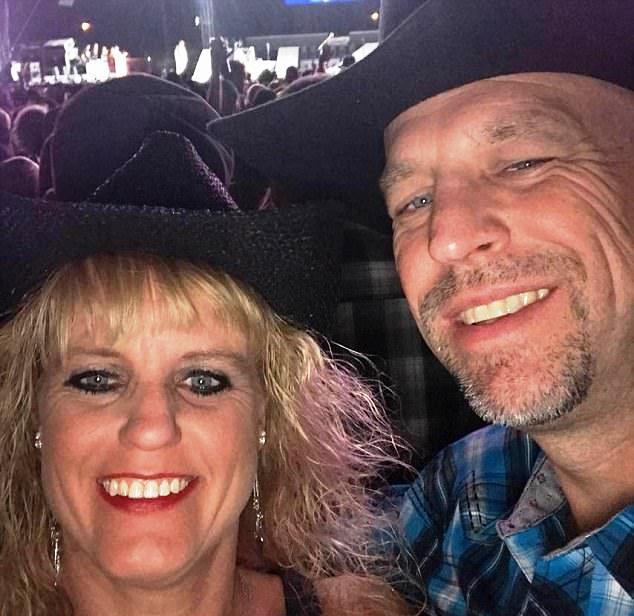 Todd and Oshia, 1 October survivors, will hold their wedding reception at Tahiti Village on the one-year anniversary of the tragedy.

Country music fans from California, Todd and Oshia were staying at Tahiti Village for the Route 91 Harvest festival. Todd was shot once in the left lower back shielding Oshia as they lay on the ground; once in the left arm as they fled their location near the stage; and once more on the left side during their desperate dash for cover.

Oshia survived without a physical scratch but Todd has shrapnel imbedded, perhaps permanently, on his left side from the shoulder to lower back. The pain he endures is a constant reminder of the senseless tragedy that changed their lives forever but also brought them closer together.

The outpouring of support Tahiti Village, a Somerpointe Resort, has received from its vendors eager to lend their services for the wedding and reception has been nothing short of overwhelming.

“With each phone call our banquets team made our vendors made it very clear they wanted to be a part of this love story,” said Nader Mossavi, Tahiti Village Food and Beverage Director.

What follows are some of the amazing examples of generosity exhibited by our vendors:

Cake Azure has discounted a $3,500 cake down to just its costs.

Bacardi, Johnson Brothers and Patron have donated enough alcohol to make the reception a party the couple won’t forget.

US Foods has donated some of the food for the main course.

Good Vibrations has discounted its normal fee to keep the music flowing.

A’kaya Party Rentals has donated the linen to make the event the perfect “policeman blue.”

One of the biggest and most special donations of all has come from Las Vegas country music star Sam Riddle. Our bride heard his song “Vegas Strong,” which embodies all that is amazing about the people and the city we love so much, and knew immediately she wanted it played after Todd’s speech honoring the 58 innocent victims taken that night.

Angela Gimmellie, Somerpointe Resorts’ Director of Project Management, sent Sam a Facebook message with Oshia’s request. She received a reply within minutes. “He never hesitated once,” Angela said. “He immediately wanted to be a part of what he knows will be an amazing night. All he said was `count me in’.”

For the honeymoon, Somerpointe Resorts and exchange partner RCI will donate a week’s stay anywhere in the world RCI has a resort. We can’t think of two more deserving individuals than Todd an Oshia to experience the wedding and reception of a lifetime. Vegas Stronger! 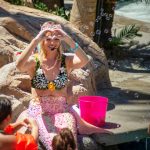