Shows to Take Your Grandkids to on Grandparents Day

Grandparents’ Day is September 13th and is a great opportunity to spend some quality time with your grandchildren, or other close family members. If you are able to spend the day with your own grandchildren, you might be on the lookout for a special activity to share with them. Las Vegas is known for its amazing shows and, fortunately, many of them are appropriate for all ages. Here are some of our favorite kid-friendly options.

Even your youngest grandchildren will love watching the trained animals perform skits and stunts at Gregory Popovich’s Comedy Pet Theater. Popovich also adds his own comedy and juggling skills to the mix for a show that will entertain everyone.

Treat your grandchildren to a dinner and show with the Tournament of Kings at the Excalibur. They will love watching the Knights joust and battle as a story of honor and intrigue unfolds, all while enjoying a deliciously medieval meal.

Get energized with Recycled Percussion, a junk rock band who make music with buckets, ladders, and practically anything else. The best part is that your grandkids can join in the fun with a pan and a drumstick of their own.

If you want to hear your grandchildren giggle, take them over to Harrah’s for the Mac King Comedy Magic Show. He will amaze and delight them as he catches goldfish out of thin air along with many other astonishing feats.

If you are looking for a show that will impress you every bit as much as your grandchildren, Cirque du Soleil’s Mystère offers a stunning display of acrobatics. With whimsical characters, beautiful costumes and  impressive sets, Mystère offers the excitement and wonder of a circus blended with the glamor and elegance of a major Vegas production.

A long-standing favorite among Las Vegas shows, the Blue Man Group is sure to be a big hit with your grandkids. The childlike curiosity and humor of the blue skinned, bald-headed stars will amuse one and all as they experiment with vivid sound and visual displays.

Catching a show is a popular Vegas activity and with so many family friendly options, it is easy to find one you and your grandchildren can enjoy together. This Grandparents’ Day, create a special memory by taking your grandkids to a show in Las Vegas. 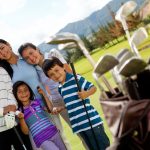 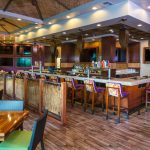