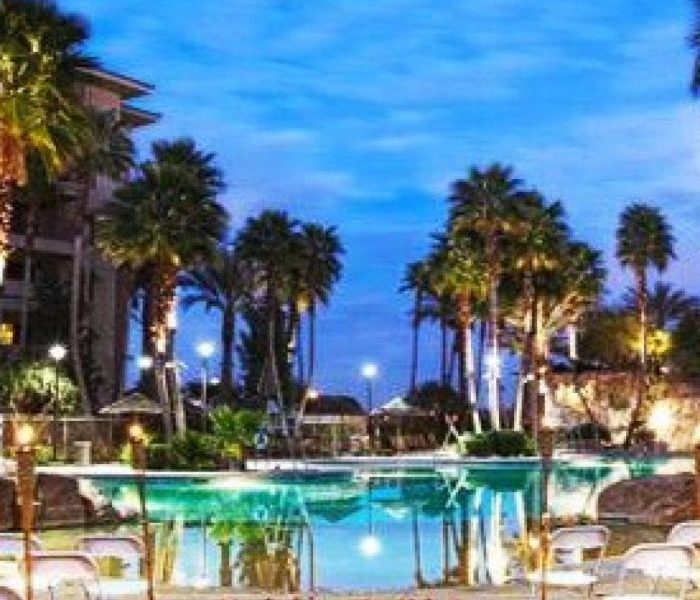 Sin City is an ideal background for Hollywood films due to the pace of the city, glitz of the casinos, and the rowdiness of the crowds. It’s likely some of your favorite movies were set in Vegas, either shot on location or recreated on a studio lot, and you may have recreated a movie scene or quote a popular line a time or two over the years.

With the wide variety of movies filmed in and around Las Vegas, what better way to experience the city than recreating your favorite scenes from Vegas movies past and present? Explore different areas of the desert, slip into your favorite Las Vegas film character, and become part of the action. From The Hangover to Ocean’s 11, let’s see which scenes are the most iconic when it comes to movies Las Vegas is best known for.

George Strait fans will remember his starring role as country superstar Dusty in Pure Country. Although the majority of the film takes place on the road or on Texan farmland, the closing scenes where he serenades love interest, Harley, were filmed at the Mirage at a Las Vegas rodeo event. Country music fans everywhere made the film’s soundtrack a success, although unfortunately, the box office numbers weren’t as favorable.

To recreate this country moment in time, belt out “I Cross My Heart” over drinks at one of the Mirage’s restaurant lounges.

If you’ve ever uttered the phrases, “Vegas, baby” or “You’re so money, and you don’t even know it,” then it’s likely you’re a fan of the Jon Favreau/Vince Vaughn 90’s classic, Swingers. Though mostly set in Los Angeles, the duo head to Las Vegas to help Mike (Favreau) get over his breakup and struggles as a comedian. Both the Stardust Resort & Casino and Fremont Hotel and Casino in downtown Las Vegas were used for interior and exterior shots in the film in what some consider one of the most beloved Vegas movies.

To recreate this bromance comedy, suit up with your best pal and stroll down Fremont Street in sunglasses, telling each other how “money” the other person is.

America’s favorite family – The Griswolds – take their adventures on the road to Las Vegas in Vegas Vacation. With various scenes shot around the city and just beyond, some of the highlights include the Hoover Dam, Neon Museum, the Mirage, MGM Grand, Riviera, and all around downtown Las Vegas. One of the best parts of the film is when the family rides off into the proverbial sunset, each in the brand-new cars Rusty won from playing the slot machines.

To recreate this family classic, head to the Hoover Dam and see how many times you can refer to the “dam tour” before your friends cut you off.

In the remake of the Rat Pack, Las Vegas film throwback, George Clooney, Brad Pitt, and the rest of the cast bring a modern day dapperness to the film about a casino heist. Their plan to hit the Bellagio as one of three casinos meant plenty of facetime for the resort, including extensive shots of the casino floor and of course, the famous fountain shows outside.

To recreate closing scenes of the first movie in the trilogy, sign up for MGM Resorts’ M Life Rewards Program and choose the song for the The Fountains of Bellagio show. Might we suggest Claire du Lune?

The unofficial motto of Vegas was made into a movie starring Cameron Diaz and Ashton Kutcher. They meet as strangers, drunkenly get married, and hit the jackpot. Since they’re now married, it means they must split the money. When they return home, they must live together for six months and each will receive half; if not, the winnings will be tied up in litigation. It’s a romantic comedy, so if you haven’t seen it, you can guess how it ends.

To recreate the rom-com, skip the marriage part and take a few selfies outside the Planet Hollywood Wedding Chapel where the marriage scene was filmed.

In this instant blockbuster hit, Phil (Bradley Cooper) and Alan (Zach Galifianakis) actually recreate another Vegas-set film, Rain Man, with their escalator scene in Caesars Palace. The ensemble cast went on to make two follow-ups to this 2009 movie, which raked in $467 million worldwide.

To create your own wolfpack scene, take your own escalator ride in Caesars Palace with your crew, a much easier option than getting a mattress on the casino rooftop or ordering a live tiger to the room.

It’s hard not to be a little star struck by Las Vegas. So many iconic television shows and films have been shot and set here, you never know when you might run into a celebrity. And if you can’t spot one, then at least you can recreate some of your movie scenes and act out your own versions as a memory to hold onto forever. The allure of Sin City is simply undeniable. Which movies top your list of favorites?