Looking to Experience the Local Las Vegas Lifestyle on Your Next Visit? We’ve Got the Links to Guide You! 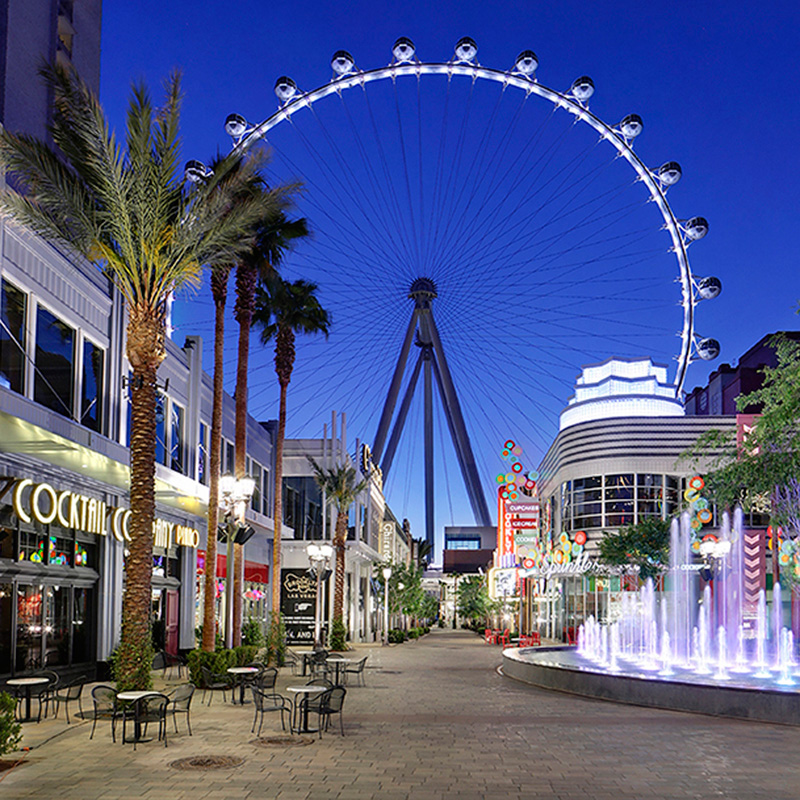 Researchers say the human face is capable of 21 expressions. Over the years Las Vegas residents had become intimately familiar with six – shock, surprise, curiosity, envy, admiration and cringing horror. Those were the prevailing responses when we would tell visitors we lived in Las Vegas. You have never truly seen expressive conflict until you’ve witnessed someone trying to process an entire sextet of emotions simultaneously.

It ended up looking like this: It was almost enough to make us not tell tourists we’re from Las Vegas. Almost, because in truth, it was fun to watch incompatible emotional states wage war for control of a face, only to wind up hopelessly commingled. Taken in the context of the time, it was understandable. Las Vegas existed in the minds of visitors solely as an adult Disneyland – a place where everyone magically popped in and out. Withered midcentury casino workers relate stories of people asking them where they lived, as if the possibility of Las Vegas supporting permanent human life were as remote as living outside an oxygen dome on the moon. What? You live in Las Vegas? We thought you commuted from LA! The myth of a city existing outside the Strip and downtown where families lived, shopped, played, learned and worshipped persisted for years.

In fact, Las Vegas had always been a boomtown, only no one knew it. Residents would always proclaim you could lead a normal life here, only no one heard. It wasn’t until the early `90s that the perception began to change. It was impossible not to notice that Las Vegas was becoming the nation’s fastest growing city, with new neighborhoods sprouting up and sprawling in every direction to house the 6,000 people a month flocking here to work in the megaresorts opening up and down the Strip. This time the evidence was too obvious to ignore, and once the national media got a look for themselves, it was official. Las Vegas could indeed support permanent human life. Now, more than 20 years since the start of the last and greatest boom, telling people you live in Las Vegas is like telling them you live in Ohio. It just doesn’t have the same impact. Las Vegas has everything everywhere else does, and casinos have popped up like wild mushrooms all over the country, an occurrence that has served to dull what was once our primary debauched distinction. So what does this mean to you, a Tahiti Village owner who wants to experience Las Vegas the way locals do? It just means you can – easily.

Las Vegas is flush with activity that doesn’t involve games of chance and nonstop partying. The fact you’re a Vacation Club owner with us means you’re already a part-time resident and, at some point, have probably gotten a taste of the local flavor, even if it were just a visit to Red Rock Canyon on our shuttle bus. The best way to assimilate into the local community on your extended stays is to (of course) go where locals go and do what locals do. That means gamble! Yes, locals are as powerless as tourists to resist the siren song of casinos and the lure of Lady Luck. It’s why so many of them moved to Vegas in the first place. The goal of this article, however, is to point you in different directions and toward destinations where the resident-to-tourist percentage compares favorably to the lose-win ratio on your last casino visit. Which is to say, weighed heavily in favor of the former.

What follows now is an array of recommended local activities and attractions. They are gathered from a collection of categories, including performing arts, sporting events, recreation, cultural, family fun and outdoors. As always, let your personal interests be your guide.

Catch a play or musical performance here, here and here.

Las Vegas has a variety of UNLV athletic events and minor league baseball and hockey teams. Satisfy your need for speed here.

Did you know Las Vegas has museums? And one devoted just to neon? Get the latest information on county and city cultural events here and here. See why Fridays are the best day of the week here.

Go to where the locals love to shop and socialize here, here and here.

This place makes the best apple fritters in all of Las Vegas. Well that should tide you over till your next visit, don’t you think?