Kyle Marlett Set To Bring His Magic To Tahiti Village

Most people take ordinary household items, a screwdriver, for instance, and use them only for their intended purpose. Kyle Marlett jams it up his nose. That’s how you get on Leno – and land a weekend gig at Tahiti Joe’s, where he makes his anticipated debut Oct. 11.

“I’m extremely excited to be coming to Tahiti Village,” he said. “The resort is so nice, and the staff is great. It’s so great as a performer to be at a venue where everyone is so supportive of me being there.”

The 21-year-old comedian and self-described “magic nerd” is a sleight-of-hand specialist who may be slightly out of his mind. You can judge for yourself  Thursday, Friday and Saturday nights, when Kyle presents an act that is part traditional magic, part carnival sideshow and completely amazing.

You won’t believe what he does with razor blades and dental floss, to say nothing of the aforementioned screwdriver. Kyle warns not to try these tricks at home. We would hasten to add not to try them anywhere.  A video of the screwdriver stunt has received a few thousand hits on YouTube and led to an appearance on The Tonight Show with Jay Leno on Sept. 16, 2011.

“Being on Leno was the greatest thing to happen to my career,” he said. “I’m the youngest magician to ever appear on The Tonight Show, and to be able to perform for Jay in front of countless people watching from home was amazing.”

Kyle’s show is much more than a succession of shock stunts, which comprise just a portion of his act. His sleight of hand artistry offers new twists on old favorites, and he conjures Kreskin with a series of astounding mentalist demonstrations.

We are happy to welcome Kyle to Tahiti Joe’s – and anxious to see if he can make our bottomless cocktails disappear. 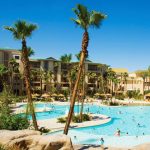 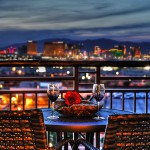