How much longer are we keeping the gold in our Tahiti Village logo? Unteal the Vegas Golden Knights complete their historic run!

What began as a short-term mandate from the Mayor to ban teal in Las Vegas during the Golden Knights’ playoff series with the teal-clad San Jose Sharks has received an indefinite extension at Tahiti Village.

Rather than restore the teal to our logo following the Knights’ second round NHL playoff ouster of the Sharks, as initially planned, we are instead keeping the replacement gold for as long as the Knights remain alive in their quest for the Stanley Cup.

“Although teal is one of our branded Tahiti Village colors, as a proud partner of the Knights, we will maintain the gold in our logo for the rest of the season,” said Aaron Lewis, Somerpointe Resorts Director of Marketing. “Besides, we think the gold is starting to look pretty good on us!”

Tahiti Village invites Golden Knights fans to participate in its Somerpointe Resorts Golden Knights Giveaway for the chance to win Knights merchandise, game tickets, and Somerpointe Resorts Las Vegas room stays, including the grand prize “High Roller Package” for two. Lucky winners will receive two VIP glass seats, allowing them to get up close and personal with their favorite players. 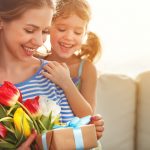 Treat Your Mother to a Visit in Paradise 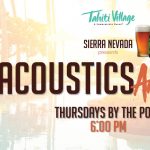