Out with the old, in with the new is an unspoken mantra of Las Vegas, whose idea of ancient history is the previous New Year’s Eve. Reinventing itself on the fly is a Vegas specialty. As a fleshy mecca for visitors who expect the latest and greatest, who require a fresh rush of adrenaline every visit (IV optional), Las Vegas is obligated to blow up the status quo and replace it with not only something new but something novel, something unexpected, something un-quo.

The world famous Strip, a modest 4.5-mile stretch of road through which 42 million visitors pass annually, is usually the epicenter of these changes, and this year is no different. Through the graces of Thrillist, an online site that comprehensively covers the Las Vegas entertainment and dining scene, and the footwork of writer Rob Kachelriess, a tireless teller of truths, we at family friendly Tahiti Village bring you nine good reasons to visit Las Vegas in 2019.  For the 21 reasons Thrillist proposes, please click here.

It’s about time they did something new and exciting at the Excalibur. Fuerza Bruta opens on March 7 for a six-month run at the resort — or more accurately, outside the resort in a high-tech tent near Las Vegas Boulevard. The audience is actually on stage — in the middle of the action — while the show unfolds around them. It’s an immersive experience with performers hanging overhead, swimming above the crowd in what appears to be a pool, and doing whatever it takes to give you a ridiculously inventive and interactive stage spectacle. Fuerza Bruta got its start in Buenos Aires and has been seen by millions in more than 50 destinations around the world, including a nine-year run in New York.

Kind Heaven will feature Asian cultures and cuisines at the LINQ

Lollapalooza founder and Jane’s Addiction frontman Perry Farrell is one of the names behind Kind Heaven, a two-storey celebration of Asian culture that’s opening at The LINQ in November. A lot of mystery surrounds the project, although a few details are starting to leak out. The experience — geared toward families during the day and adults at night — will be a multisensory journey through the music, art, and cuisine of Southeast Asia. Different environments will be recreated throughout the 100,000-square-foot venue, from back alleys and train stations to temples and garden sanctuaries. In the quest for true enlightenment, Kind Heaven will be a cashless society with items paid for with cryptocurrency loaded onto wearable technology.

The mysterious Area 15 will bring art, sci-fi and nightlife under one roof

Area15 is promising a little bit of everything — art, music, retail, restaurants, bars, nightlife and corporate event space — all in one immersive package. The massive 126,000-square-foot structure is under construction near Interstate 15 and Desert Inn. Little is known about exactly who and what will be inside, but Meow Wolf is confirmed as the anchor tenant. The New Mexico-based art collective funded by George R.R. Martin gained fame for bold, interactive installations, including the intriguing House of Eternal Return exhibit space.

Jimmy Kimmel will bring a comedy club to the Linq

Comedy clubs tend to be small and intimate, but Jimmy Kimmel is aiming to turn that perception around — at least a little bit. The talk show host and Vegas native is opening Jimmy Kimmel’s Comedy Club at The LINQ in partnership with Caesars Entertainment. The two-story venue will host nightly shows, featuring both up-and-coming acts and national headliners with a showroom for up to 300 people. There will also be drinks, food, and live music. Kimmel plans to be hands-on with every detail, promising a club that’s ideal for both the performers and the audience.

Raiders stadium will get bigger and bigger

The new NFL stadium for the Raiders won’t be ready until 2020, but it’s already starting to dramatically reshape the Las Vegas skyline. You can even watch the progress live on an online camera. If that’s not enough, you can also throw $100 toward a deposit on season tickets — although that deposit only secures the chance to buy tickets and doesn’t actually guarantee the tickets themselves. Confused? Don’t worry about it. Just think of 2019 as the calm before the storm, when all you have to do is enjoy the spectacle of a 65,000-seat football stadium being built from the ground up.

Lisa Vanderpump will open a lounge at Caesars

Lisa Vanderpump has done so well as a restaurateur in Los Angeles, it’s almost a shame her image is permanently lumped in with the “I’m angry and you need to apologize” plotlines that dominate the Real Housewives series on Bravo. But fame is a two-way street, and Vamperpump’s high-profile has helped Villa Blanca, SUR, Pump, and Tom Tom find an audience in the fickle LA market. The brand is expanding to Vegas in 2019 with Vanderpump Cocktail Garden at Caesars Palace. The venue combines an indoor lounge with an outdoor tree-lined patio that’s more suited for a quiet night of drinks and small bites than boozy outbursts or flipping tables over. The menu promises craft cocktails and a long vino list, including Vanderpump’s own line of wine and Sangria. The only question is — how often will reality show crews show up with lights and cameras to break the mood?

The British will invade thanks to some must-see musicians

Know who Robbie Williams is? If you were around in the ’90s, you might recognize this song or that song, but that’s pretty much it in the States. However, the dude is a stadium-level megastar in England, which is why fans in his home country are booking flights to Vegas for the rare chance to see him in a relatively small theater at the Wynn. The shows have been in such high demand, three July dates were added after the initial run of shows in March quickly sold out.

Las Vegas will be a busy place for music fans in the new year. Other brand new residencies in 2019 include Billy Idol “Las Vegas 2019” and Lady Antebellum “Our Kind of Vegas” at the Pearl Theater at the Palms, Britney Spears “Domination” (helping to round out the winter season) and Aerosmith “Deuces are Wild” at the Park Theater inside the Park MGM, John Fogerty “My 50 Year Trip” at the Encore Theater at Wynn, and James Taylor at the Colosseum at Caesars Palace.

The Wynn Golf Course will return

Remember last year when we told you about Paradise Park at the Wynn? The project was going to gut the resort’s longtime golf course to clear way for a massive lagoon surrounded by attractions, including a new hotel tower and convention center. A lot has changed since then. CEO Steve Wynn was forced out of his own company in a #MeToo scandal and the expansion was dramatically downgraded. The new convention center is still a go. The lagoon — not so much. So the golf course, which closed last year, isn’t going away after all. As it turns out, people who spend money at golf courses also spend money at casinos. So original designer Tom Fazio is being brought back to give the course a fresh new look. Time will tell, but perhaps the reversal in direction will be for the better, like when Wynn revamped its paid parking policy to a validation system. As for a new hotel tower, Wynn has plans for a parcel of land — tentatively dubbed “Wynn West” — on the opposite side of Las Vegas Boulevard, but construction on that is still a few years away.

After wrapping up his long-running show at the Luxor, Criss Angel is now down the street at Planet Hollywood, taking over a theater that’s been quiet for far too long. This isn’t just a change of venue. The new “Mindfreak” production will have more than 75 illusions with at least 20 all-new effects. The whole thing will be a spectacle on an elevated scale, making full use of the latest technology, including 3D digital mapping, an immersive sound system with 150 speakers, and a surface area loaded with 500 million pixels worth of video screens. After a short preview run, “Mindfreak” will have a more splashy grand opening in mid-January. 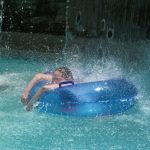