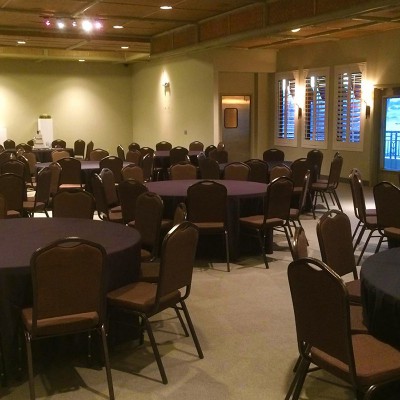 The annual Las Vegas Film Festival attracts thousands of cinephiles to the Vegas Valley every year, and this year is sure to be just as, if not more, popular. Event partner CineVegas recently announced the festival’s compelling lineup of feature and documentary films and that, combined with a number of live events, is sure to make this year one for the books. The 11th Annual Las Vegas Film Festival will be held at Brenden Theatres and the Palms Casino Resort from June 6-10 and will include international films, independent projects, and live entertainment! Here’s a preview of what you can expect:

1. Clara’s Ghost – Written and directed by Bridey Elliott, Clara’s Ghost tells the story of Ted Reynolds, an aging comedian, who lives in a quiet rural community in Connecticut with his wife Clara. We’ll keep the majority of the storyline a secret, but let’s just say that a family party involving plenty of vodka and a supernatural spirit should lay the groundwork for an interesting story, to say the least.

2. Damsel – Written and directed by David and Nathan Zellner, this American Pioneer-era tale is part love story and part adventurous ode to Westward-Ho-Style spirit. Devolving into a treacherous journey across the Wild West to marry his true love, Samuel Alabaster’s (Robert Pattinson) story is one of heroes, damsels, and villains.

3. I Am Not a Witch – From the UK comes this intriguing story about an eight-year-old rural Zambian girl named Shula who shows up unannounced and alone in a rural village in Africa. The suspicious locals eventually try her for being a witch, and she is found guilty and sent to a witch camp. Shula must make an important decision – live on the witch camp, or risk it all and flee.

4. Nancy – Director and screenwriter Christina Choe delivers a taught psychological thriller that leaves the audience guessing until the end. Nancy is a disconnected individual who creates elaborate false identities using names found on the Internet. But when she runs across a couple who may or may not have been a part of her life many years ago, the line between fact and fiction begins to blur.

5. Sadie – Sadie comes to us via director Megan Griffith’s vision of a military spouse’s own personal battles on the homefront during her spouse’s deployment. Young Sadie, determined at all costs to ensure her family stays together while her father is away serving in the military, is played with fire and vitriol by Sophia Mitri Schloss. When a new guy starts showing affection toward her mother, Sadie sees him as the enemy… an enemy that deserves no mercy.

7. When She Runs – Independently-created and bound to be a hit at this year’s festival, When She Runs is the story of a young mother of limited means who risks it all to become a competitive runner. She’s broke, her marriage is falling apart, and she’s moved away from her husband and young son. Will she fail, or will she change her life forever?

Other films showing at the 11th Annual Las Vegas Film Festival include documentaries like John McEnroe: In the Realm of Perfection, Minding the Gap, Narcissister Organ Player and Sammy Davis, Jr.: I’ve Gotta Be Me.

Other events and special screening will be announced over the next few weeks, but the VIP ALL ACCESS PASS and the FILM PASS are on sale right now! Visit www.lvff.com to reserve your spot and book your room at Tahiti Village early for the busy weekend.