Certified Excellent: TripAdvisor Honors Us With A Certificate Of Excellence For The Third Straight Year 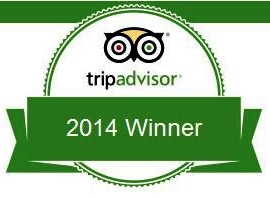 We didn’t know there was a TripAdvisor Certificate of Excellence until we won it the first time. It was achieved without expectation of recognition or reward but purely through hard work, dedication and the desire to provide the best possible vacation experience.

Earning a second, particularly a second in succession, was proof of a consistent culture comprised of individuals who didn’t forget how they attained the first one – or the second one for that matter, now that we’ve won a third straight TripAdvisor Certificate of Excellence.

We would like to thank all our owners who submitted positive reviews to the influential online travel site on our behalf.  They contributed to a customer satisfaction rating of 4 out of 5 and what amounts to a TripAdvisor Triple Crown.

The award is given only to the most exceptional performers and top ratings earners in TripAdvisor’s global business community. You can be sure we’ll work just as diligently to make it four for four in 2015.